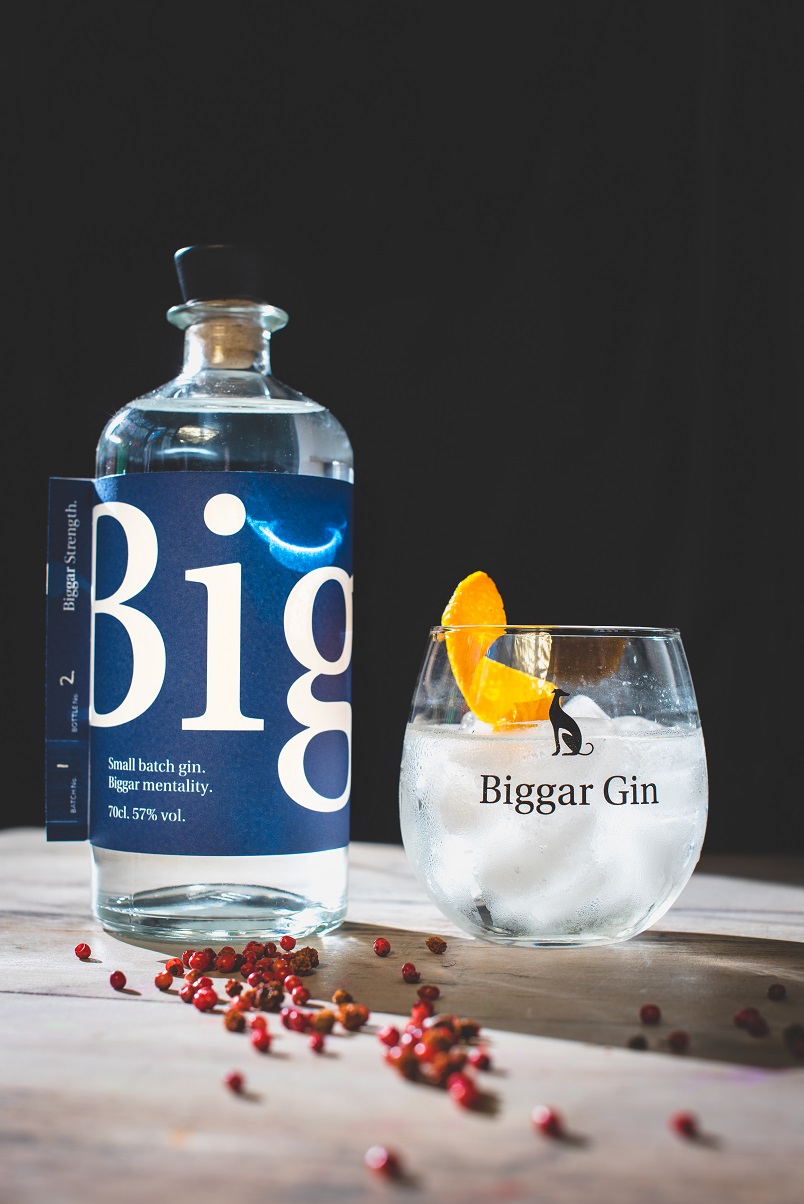 Customers have been telling us for sometime they would love us to  bring out a Navy Strength version.   It was always something we had in mind but we wanted to take our time to get a version that was recognisably Biggar but which had a twist to it.  A good navy strength gin works  so well in classic gin cocktails but there also plenty of discerning gin drinkers who much prefer a G & T which packs a bit more of a punch.

Biggar is about as far from the sea as it is possible to get in central Scotland so giving this gin a maritime or naval name just didn’t feel right.   That’s why we have quite simply called it Biggar Strength.  That recognises its higher ABV but also the spirit of a town that consistently punches above its weight.   We give a nod to the naval origins of these higher strength gins in the crisp, neat, navy blue and white label on the bottle.

Our Original Recipe London Dry Gin relies on 3 local botanicals (rowan berry, rosehip and nettles) all of which we grow here at Biggar Gin HQ.   For Biggar Strength we wanted to draw on an additional local botanical we could find in our existing woodland.  We had a number of choices but finally went with the hawthorn berry.  The hawthorn berry has traditionally been used to flavour brandy but we felt sure it had something to add to gin.  The berries if juiced are not dissimilar to cranberriy in flavour and in dried form have a hint of apple.  Distilled you can pick up on that fruitiness but with an underlying tartness.

It’s a nice coincidence that the botanical name for Hawthorn is Crataegus which is derived from the  Greek kratos  which means strength.  The ancient Greeks prized the wood of the hawthorn tree for its strength.  We prize its berries for the flavour they give our navy strength gin.

Please confirm that you are legally able to purchase and consume alcohol in your country of residence.